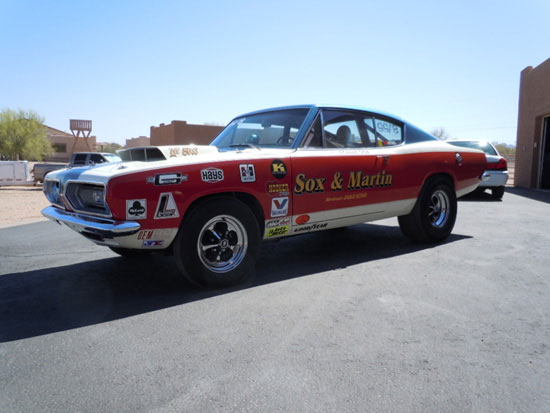 After the 65 A-990 cars had been released, Chrysler decided to concentrate their racing efforts on the 66 and 67 A/S class, as they felt it more accurately represented the street hemi cars they were offering to the public. The A-990 cars carried on the fight in the Superstock class during these two years, while Chrysler prepared to unveil their new offering for Superstock. Tom Hoover was assigned the task of preparing the 68 A-body cars to accept the potent race hemi. Bob Tarrozzi was put in charge of development, and the two of them created the greatest factory door slammer ever built. Hurst Performance assembled the cars for Chrysler, with Dick Chrysler overseeing the construction of 80 Darts and 70 Barracudas. The cars maiden runs achieved times almost 1 second quicker than the national record, with 10.80 second ets. right out of the box. Within months, the more successful racers had the cars running in the mid 10 second range, making the cars untouchable in their class.